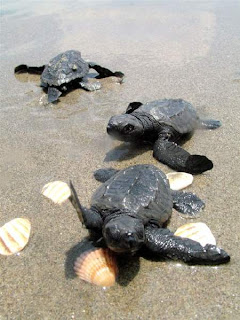 In the 1990s, covering Mexico as a foreign correspondent didn’t mean obsessing about the drug war. As Sam Quinones wrote in Foreign Policy a while ago, “it was a story, not the story.” So why is it that all anyone reads now is violence?

There’s the obvious: Calderon made the drug war a priority in December 2006. But now that he’s said he’s shifting gears, will that change foreign reporting? I haven’t seen any evidence of that (obviously Haiti has been dominating the news recently), but we’ll see what the English-language foreign correspondents write about Mexico in weeks to come.

Personally, I think it’s also a symptom of the Bush years. Many US journalists who covered that period spent time in Iraq and Afghanistan, and are now capable/willing to report on things in Mexico that previously were left untouched by the foreign media. (With the exception of Sam Dillon and Julia Preston from the NYT, they largely left the dirt-digging to Reforma.)

But beyond just being able, I think there are a number of journalists (i probably am sometimes among them) who are now simply obsessed with the darker side of the news. Don’t get me wrong, news from Mexico has always had its share of violence, horrendous social injustice, etc. But as foreigners, it seems that sometimes we’re seeking out the bad. What happened to the nice Washington Post stories about shopping for counterfeit documents in the Plaza Santo Domingo?

I’ve tried to pitch stories about the good: the arts, travel, turtle-saving, etc. But no one’s willing to pay for them. Some editors I know have even asked for “fun” or “light-hearted” stories, but when I do pitch them, I get no response. It reminds me of one editor I used to work with who would change the conversation as soon as I said the word “indigenous.”

Prior to getting fired from The News, (long story, feel free to google it) I had a few discussions with the editor there about covering the drug war. He wanted to ignore it completely, I said I’d be willing to tone it down (after all, we never wanted The News to be full of tabloid material even if it was tabloid format, but the drug war had to be covered a bit. In retrospect I think we covered it too much.)

As much as I disagreed with this editor (who is Mexican) about ignoring the bad, I did understand his gripe. Show people only bad, that’s all they’re going to believe. They will in turn leave the country, or worry every second they’re here. I’m a big fan of the NYT, LAT and WashPost Mexico coverage, but I would like to read some more positive stories. They’re harder to find, but well worth it. I’ll start looking too.

Mexico may be a bit messed up right now, but let’s try to maintain and give some perspective – and not let our obsessions get the best of us.